In the process of upgrading a vSAN ReadyNode cluster from ESXi 6.5 to 6.7 a warning appeared in the vSAN Health check. The first host in the cluster had gone through the upgrade and was now showing the warning “Controller driver is VMware certified” (Note 1 in the image below, click on it for a larger view). The Dell HBA330 card was using an older version of the driver (2 in the image below) than recommended (3).

All workloads were still online, but running VMware Update Manager (VUM) did not clear this warning. Looking in the VUM patch listing showed the driver for ESXi 6.5 (4) but not the version recommended for 6.7.

It was necessary to manually load these replacement drivers in. A quick google showed they could be sourced from VMware’s download site. Extract the ZIP file from the download and then use the “Upload from File” option in VUM (5) to upload the ZIP file which was inside (in this case “VMW-ESX-6.7.0-lsi_msgpt3-17.00.01.00-offline_bundle-9702440.zip“). The new driver should then appear in the list (6) and will automatically be added to the “Non-Critical Host Patches” baseline (7). Final remediation is now just a case of applying that updating baseline to the host.

In this particular instance the hosts were Dell PowerEdge R630 vSAN ReadyNodes with the HBA330 SAS HBA Controller option but the principles outlined in this post should apply to other configurations with the same symptoms.

In a recent Datanauts podcast Chris Wahl was discussing Azure and Azure Stack with fellow Rubrikan Mike Nelson and Microsoft’s Jeffrey Snover (If you haven’t already, you can check out the podcast for yourself- Datanauts #148). Jeffrey made some interesting observations about the changes in alignment of some of the major IT vendors over time (this discussion runs from 25min to 29min into the podcast).

He detailed how the big players (DEC, IBM etc) had started with a “vertical” alignment by building their own chips, boards, operating systems, and applications. This was followed by a dis-integration where the industry shifted to a “horizontal” alignment- chips from Intel/Motorola , Operating Systems from Microsoft/Sun, and applications and services coming from a wide range of vendors. He goes on to posit how cloud vendors are turning the industry back towards a vertical alignment, and gives the example of how Microsoft are designing their own chips (FPGAs, NICs, servers , the new “Brainwave” chip to accelerate AI etc)  right through to software; all to create the Azure Cloud.

This idea got me thinking about how this is happening elsewhere in the industry, and what the future might hold.

This realignment can be seen across the major IT manufacturers- in recent years Dell- traditionally just a client and server PC vendor- has formed Dell Technologies, picking up tech such as Force10’s network, EMC’s storage, and VMware’s hypervisor. This now puts them in that vertical alignment of controlling their own enterprise stack from the client device through the network to the server hardware and the hypervisor sat on it. In an on-premises setup Dell can provide the infrastructure from the end of the user’s fingers to the start of the Operating System or Container.

Amazon have started from the other direction- AWS as a cloud provider owning their own chipsets. servers, storage, and networking. They own the datacentre end of their customers today, but how long is it before we see the successors to the Kindle Fire devices and Alexa-connected displays being pushed as the end-user device of choice. Everything between the user and the application would then be in their single vertical.

We see similar activity from Google. Their cloud platform stretches down to their Android and ChromeOS operating systems, the Chrome browser, and even into hardware. Although (similarly to Amazon) the endpoint devices are today largely aimed at the consumer market, as the commoditisation of IT continues there’s nothing stopping this leaking into the enterprise.

However, these vertical orientations are not to the exclusion of horizontal partnerships and we’ve seen a lot more of that over recent years. For example VMware partnering with AWS, IBM, and Microsoft and Google for Cloud provision, or Dell-EMC powering the on-premises Microsoft Azure Stack, or IBM providing their software on Azure.

So will this continue, and what does the distant future hold? Looking far into the tech future is always guesswork, but if I had to bet I’d suggest that this alignment model will eventually swing back as these sort of things always seem to go in cycles. The verticalisation (new word?) will carry on for the next few years but over time the customers demand more choice and (in enterprise at least) less of the perceived risk of “vendor lock-in”. Eventually this leads to a tipping point, fragmentation of the stack and a turn back towards that horizontal alignment we are moving away from today.

Thanks Datanauts for the inspiration behind this, and #Blogtober2018 for convincing me to do more long-form opinion posts. 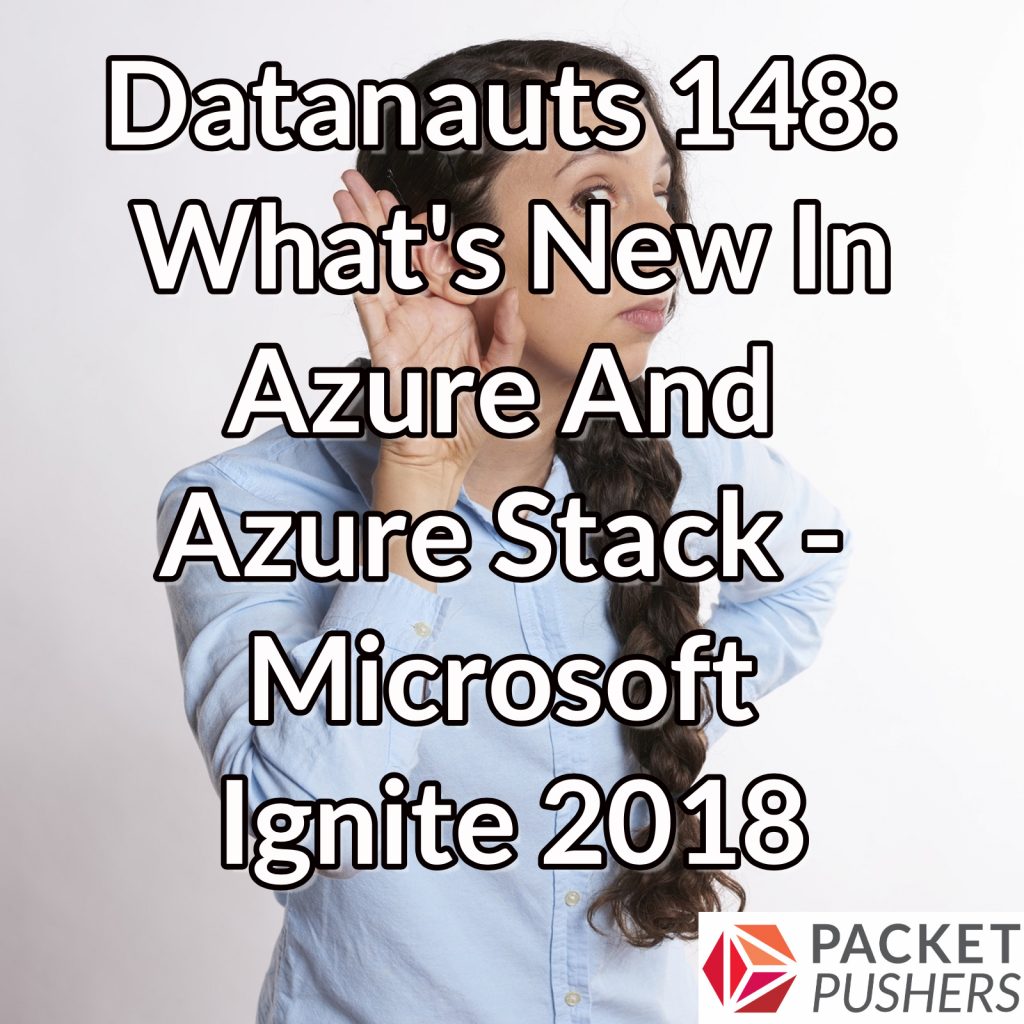 Ever wondered what those four-digit model numbers used on Dell Latitude devices (for example “Latitude 7275”) mean? This helpful guide should answer your questions.

The third digit indicates the generation. At time of writing (Jan 2017) we’re currently seeing the tail of the generation 7 models (primarily based on the Intel Skylake chipsets), and the start of the generation 8 (primarily “Kaby Lake” but some Skylake devices will be available for Windows 7 compatibility)being released. Models are roughly equivalent between generations- for example the 7270 is superseded by the 7280 both are premium laptops with roughly 12 inch screens.

The final digit currently denotes the type of device. A 0 indicates a traditional laptop, a 5 indicates a device with a detachable keyboard (the style of the Microsoft Surface Pro)- for example the Latitude 7275, and a 9 indicates the new convertible, fold-back, device (similar in style to the Lenovo Yoga devices).

The SAN HQ was unable to save the recent e-mail notification changes.

Unable to save changes to the group (GroupName) due to insufficient access permissions or administrative credentials. Verify that your account has all required permissions and administrator-level access to update the selected group.

The credentials of the account running SAN HQ do not have sufficient permissions on the server.

Close SAN HQ, re-open with elevated permissions (right-click on the icon and choose “Run As Administrator”). The modification should now be possible.

This worked in v3.1.0.7890 of the application, connecting to a single, local, server and two EqualLogic groups.

Our Lifecycle Management of desktop hardware sometimes turns up some gems, today we had a venerable Dell Optiplex GX620 ultra small form factor desktop PC returned for recycling. This has to be one of the more unusual desktop computer designs, the small size is made possible by the use of an external power supply of comparable dimensions to the PC itself.

END_OF_DOCUMENT_TOKEN_TO_BE_REPLACED

Any cookies that may not be particularly necessary for the website to function and is used specifically to collect user personal data via analytics, ads, other embedded contents are termed as non-necessary cookies. It is mandatory to procure user consent prior to running these cookies on your website.